Draw five parallel straight lines on a table such that the distance between the successive lines is equal to the focal length of the lens.

Place the lens on the central line such that optical centre of the lens lies just over the line.

Place a burning candle far beyond 2F1 to the left. A clear sharp image is formed on a screen placed at F2.

Nature, position and relative size of the image formed by a convex lens for various positions of the object

Place a burning candle on one side of a concave lens.

Move the candle far away from the lens. The image becomes highly diminished.

Nature, position and relative size of the image formed by a concave lens for various positions of the object

A concave lens always gives virtual, erect & diminished image, irrespective of the position of the object.

For drawing ray diagrams in lenses, any two of the following rays are considered: 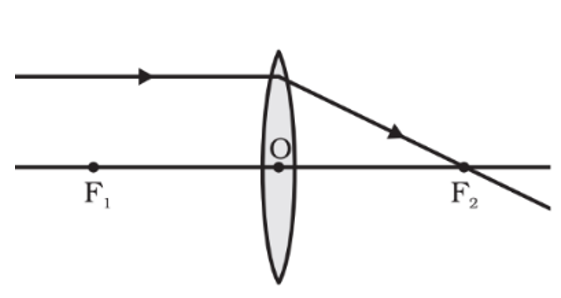 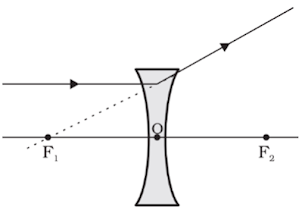 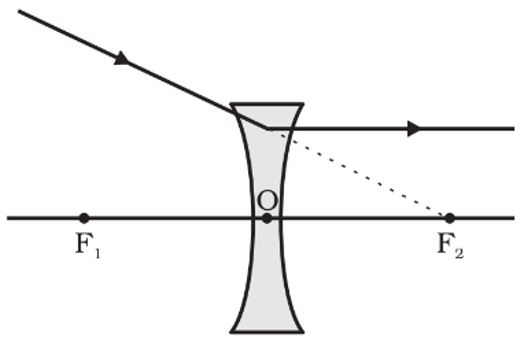 c)    A ray passing through the optical centre: It emerges without any deviation. 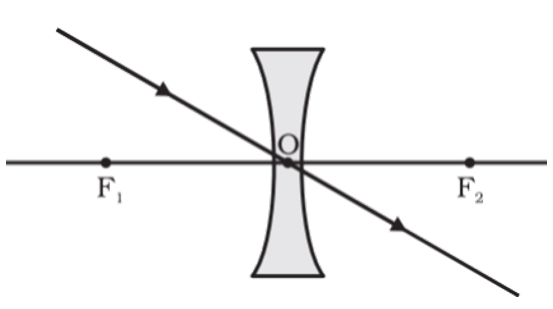 The ray diagrams for position, size and the nature of the image formation in a convex lens for a few positions of the object are shown below (Refer the table):

The ray diagrams for the image formation in a concave lens for various positions of the object (Refer the table): 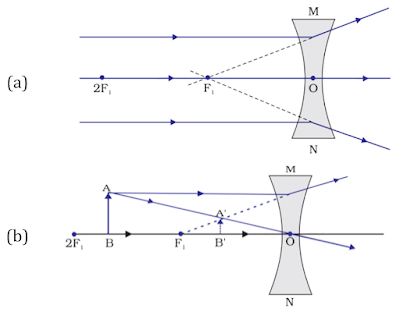 It is same as the sign convention used in spherical mirrors.

The rules are applied for signs of distances, but the measurements are taken from optical centre of the lens.

According to the convention, focal length of a convex lens is positive and that of a concave lens is negative.