These are the mirrors with spherical reflecting surfaces. 2 types:

1.  Concave mirror: Its reflecting surface is curved inwards (faces towards the centre of sphere). 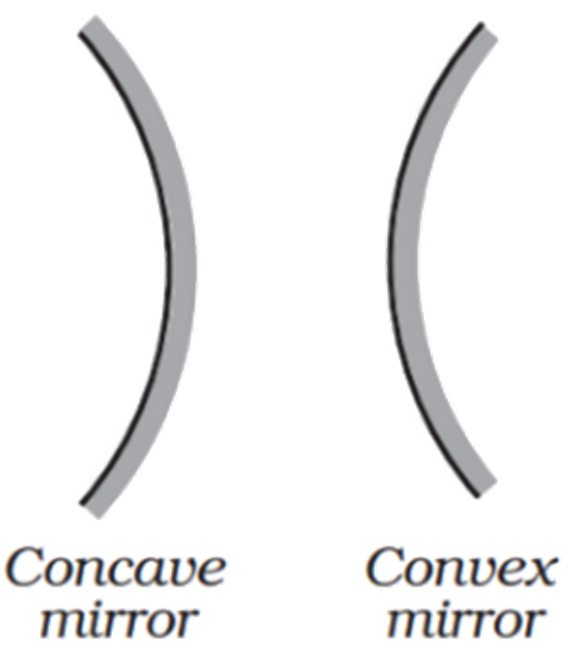 Centre of curvature (C): It is the centre of sphere of which the spherical mirror is a part. It is not the part of mirror and lies outside reflecting surface.

Centre of curvature lies in front of a concave mirror. It lies behind the convex mirror.

Radius of curvature (R): It is the radius of the sphere of which the mirror forms the part.

The distance PC = radius of curvature.

Principal axis: It is the imaginary straight line passing through the pole and centre of curvature of a spherical mirror. It is normal to the mirror at its pole.

Move the paper to find a bright, sharp spot of light on it. Wait for few minutes. The paper burns and catches fire.

This is because the light from the Sun is converged (concentrated) at a point of paper as a bright spot (image of the Sun). This point is the focus of concave mirror. It produces heat and ignites the paper.

Distance of this image from the position of the mirror is the focal length of the mirror. This can be represented as a ray diagram. 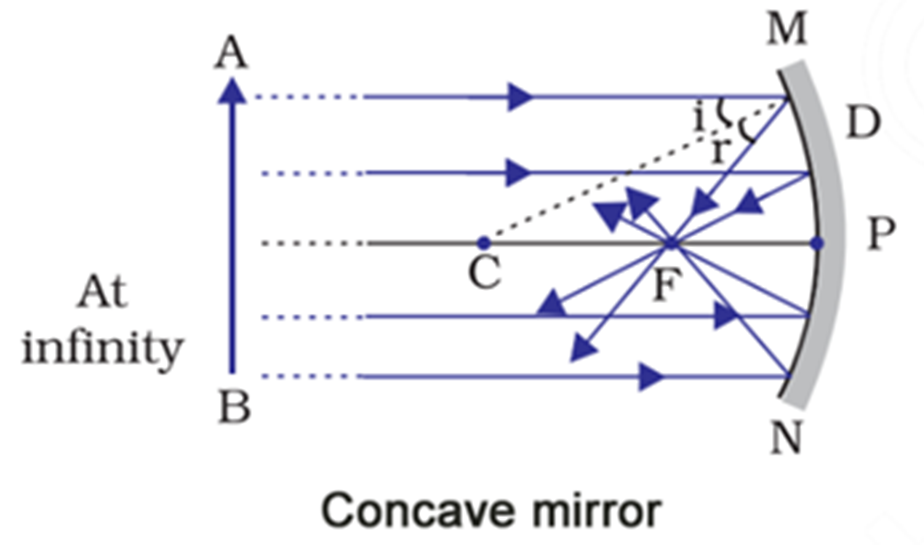 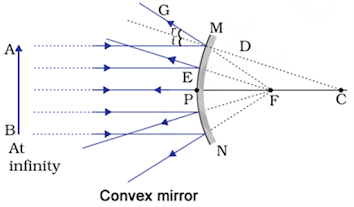 The distance between the pole and the principal focus of a spherical mirror is called the focal length (f).

For spherical mirrors of small apertures, the radius of curvature is equal to twice the focal length (R = 2f). i.e., principal focus lies midway between the pole and centre of curvature.