MAGNETIC FIELD DUE TO A CURRENT-CARRYING CONDUCTOR

Experiment to find the direction of the field:

Magnetic Field due to a Current through a Straight Conductor

Insert a straight thick copper wire through the centre, normal to the plane of a rectangular cardboard.

Connect the copper wire vertically between the points X & Y, in series with a battery (12 V), a variable resistance (or rheostat), an ammeter (0–5 A) and a plug key.

Sprinkle some iron filings uniformly on the cardboard.

Close the key. Gently tap the cardboard a few times. The iron filings align as a pattern of concentric circles. They represent magnetic field lines around the copper wire. 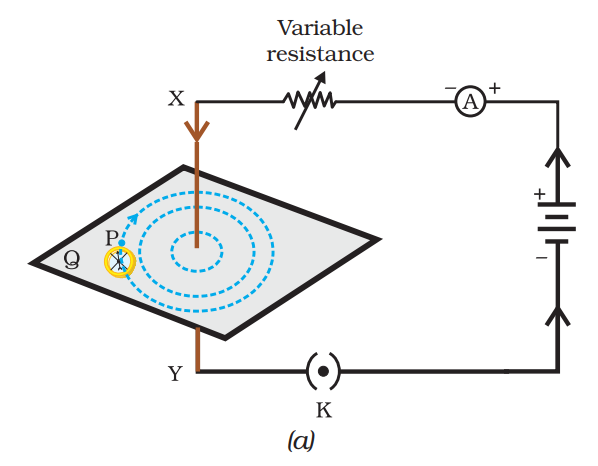 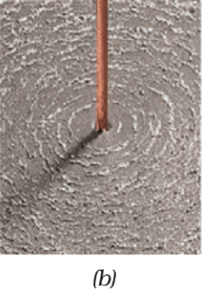 (a) A pattern of concentric circles. The arrows show the direction of the field lines. (b) A close up of the pattern.

If the compass is placed at a farther point (say Q) from the conducting wire, deflection in the needle decreases. Thus, magnetic field produced by current in the conductor decreases as the distance increases (inversely proportional). The concentric circles representing magnetic field around a current-carrying straight wire become larger as we move away from it.

It is an easy way to find the direction of magnetic field associated with a current-carrying conductor.

Imagine a current-carrying straight conductor is held in right hand such that the thumb points towards the direction of current. Then the fingers will wrap around the conductor in the direction of the magnetic field lines. This is known as the right-hand thumb rule (Maxwell’s corkscrew rule).

Magnetic Field due to a Current through a Circular Loop

Suppose a straight wire is bent to form a circular loop and a current is passed through it. Here, at every point of circular loop, the concentric circles around it become larger as the distance from the wire increases. 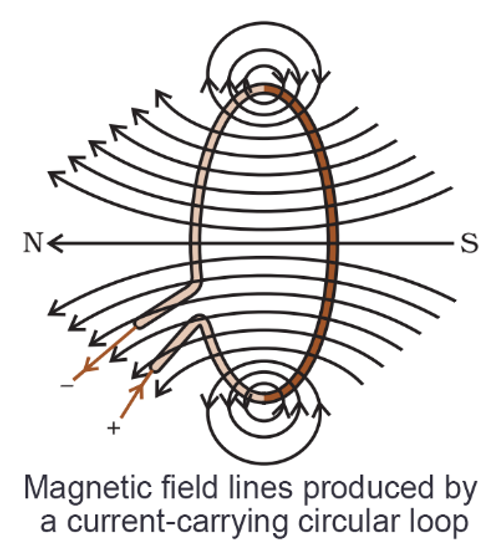 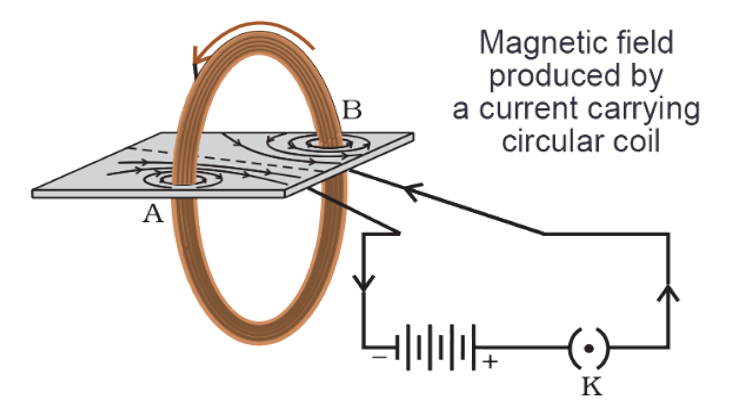 Magnetic Field due to a Current in a Solenoid

A solenoid is a coil of many circular turns of insulated copper wire wrapped closely in the shape of a cylinder.

If a magnetic material (e.g. soft iron) is placed inside a current-carrying solenoid, it becomes magnetised. The magnet so formed is called an electromagnet.