THE SEARCH FOR GENETIC MATERIAL

◦   Rough (R) strain (Non-virulent): No mucus coat. Do not cause Pneumonia.

He concluded that some ‘transforming principle’ transferred from heat-killed S-strain to R-strain. It enabled R-strain to synthesize smooth polysaccharide coat and become virulent. This must be due to the transfer of genetic material. 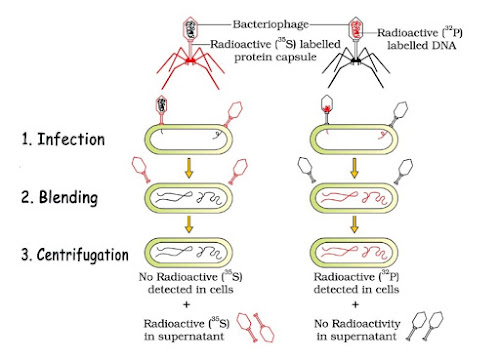