According to sliding filament theory, contraction of a muscle fibre occurs by the sliding of thin filaments over thick filaments. 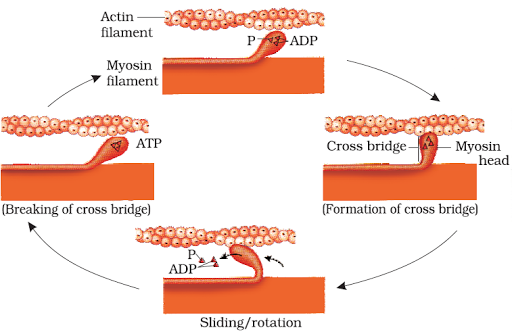 The steps are given below: 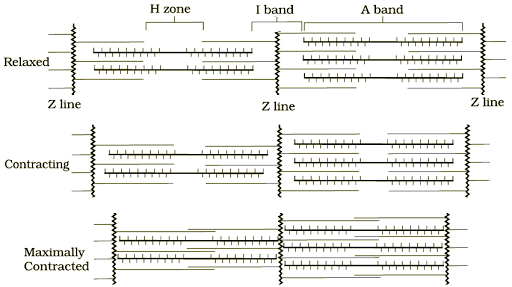 The reaction time of the fibres varies in different muscles.

Repeated activation of muscles leads to the accumulation of the lactic acid causing muscle fatigue. This is due to anaerobic breakdown of glycogen in muscles.