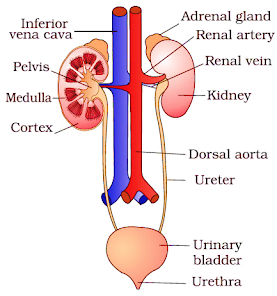 It is enclosed in a tough, 3-layered fibrous renal capsule.

On the concave side of kidney, there is an opening (hilum or hilus) through which blood vessels, nerves, lymphatic ducts and ureter enter the kidney. 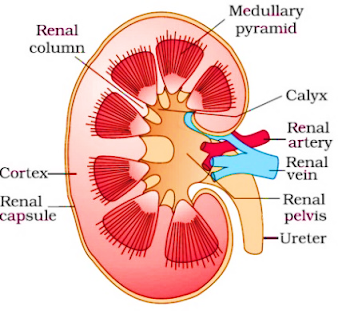 Cortex extends in between the medullary pyramids as renal columns (Columns of Bertini).

Each kidney has nearly one million tubular nephrons. 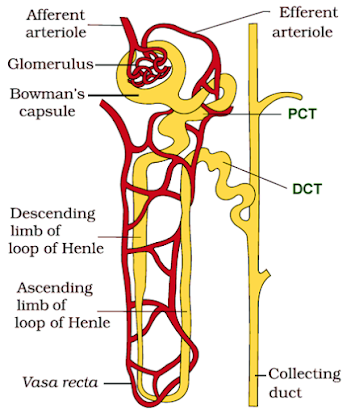 Nephrons are the structural & functional units of kidney.

Henle’s loop is hairpin-shaped. It has descending and ascending limbs.

The DCTs of many nephrons open into a collecting duct. Collecting duct extends from cortex to inner parts of medulla. They converge and open into the renal pelvis through medullary pyramids in the calyces.

The efferent arteriole forms a fine capillary network (peritubular capillaries) around the renal tubule. A minute vessel of this network runs parallel to Henle’s loop forming a ‘U’ shaped vasa recta.