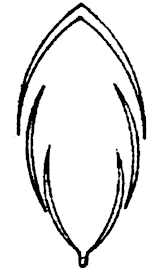 Which character of a flower is indicated by the diagram? Give an example for a plant having flowers with this character.

2. Name the parts of a monocot embryo in the given diagram. (2) 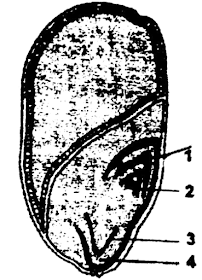 2. Given below is the floral diagram drawn by Anil based on the flower bud of a plant. (2) 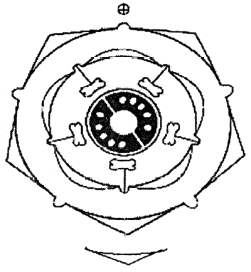 a. Help him to complete the floral formula.
b. Name the family to which this plant belongs.

1. LS of two flowers show 2 types of ovaries. One is superior and the other is inferior. Name the type of flower based on this. (1)

2. Floral formula of a pea plant is given below:

Give the important floral characters of the plant using the floral formula. (2)

2. Given below is the floral diagram of a family you have studied. 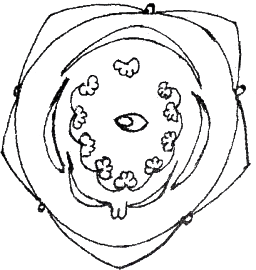 a. Identify the family and aestivation of corolla. (1)
b. Describe three other floral characters from the floral diagram using technical terms. (1½)

2012 September (Improvement)
1. Observe the following diagrams “a and b” and identify the placentation. (1) 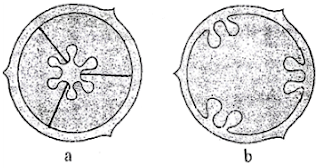 2. In cactus both leaves & stem are modified to perform different functions. Name the modifications and identify their functions. (2)

2. The diagram given below shows parts of a true fruit. 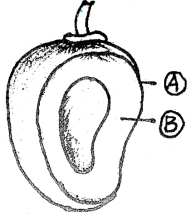 a. Write the technical name of this fruit developed from a monocarpellary superior ovary. (½)
b. Label the parts A and B (1)
c. Can you distinguish a parthenocarpic fruit from the given fruit? (1) 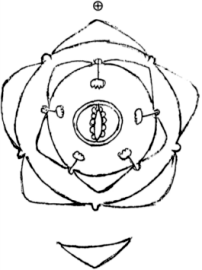 a. Name the family.
b. Write the nature of stamen. 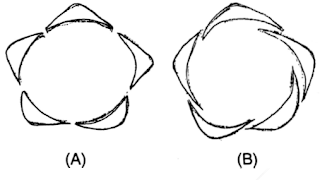 2014 March
1. Normally, roots grow into the soil. But in some plants like Rhizophora, many roots come out of the ground and grow vertically upwards. What are these roots called? Give their function. (½ + ½ = 1)

2. The following diagram represents five petals of a flower in a plant belonging to a major family. 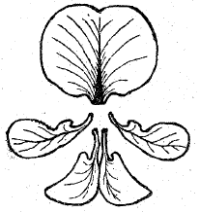 2014 August (Improvement)
1. The arrangement of ovules in the ovary is known as placentation. Given below are different types of placentation.

2015 September (Improvement)
1. Four stem modifications are given below. Three of them are underground modifications. Pick the odd one out as your answer.

(Potato, Opuntia, Ginger, Colocasia) (1)
2. Write the names of aestivations in figures 1, 2 and 3. Identify aestivation of petals in pea flowers from the above three aestivations. (2) 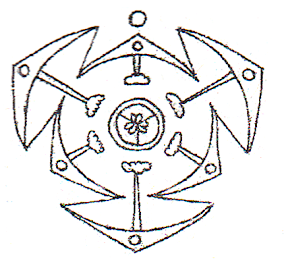 a) Identify the family. b) Write any four floral characters of the identified family. (3)

2017 March
1. a) The arrangement of ﬂowers on the ﬂoral axis is called

2. Give the scientiﬁc term of the following.

a) Internode elongation just prior to flowering. (3)

3. Observe the diagrams given below. 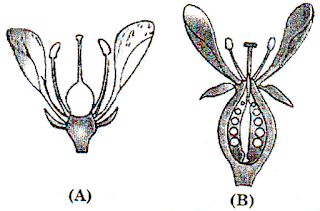 Name the type of ﬂowers A and B. Give one example of each. (2)

OR
Write two differences between racemose and Cymose inﬂorescence. (2)

2018 March
1. Observe the relationship between the first two terms and fill in the blank.