1. Which among the following belongs to ex-situ conservation?

3. Diagrammatic representation of the central dogma given below is not correct. Make necessary corrections and redraw it.

4. Prepare a flow chart showing the evolution of modern man in the hierarchical order of their evolution using the details given below: 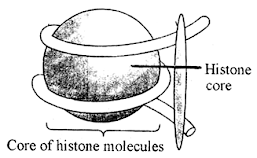 a. Identify the figure.
b. How many histone molecules are present in the Histone core.
c. Distinguish Euchromatin and Heterochromatin.

6. Some examples of evolutionary structures are given below. Classify them under suitable headings:

a. Forelimb of Man, Cheetah, Whale, Bat.
b. Wings of Butterfly, Bird.
c. Thorns and tendrils of Bougainvillea and Cucurbita.
d. Vertebrate hearts or brains.
e. Eye of the Octopus and Mammals.
f. Flippers of Penguins and Dolphins.

7. "The sex of the baby is determined by the father and not by the mother." Do you agree with this statement ? Substantiate your answer.

8. Find the odd one out. Justify your answer.

Down's syndrome, Turner's syndrome, Phenylketonuria, Klinefelter's syndrome.
9. Observe the diagram given below showing the sectional view of the female reproductive system and name the parts labelled 'A', 'B', 'C' & 'D'. 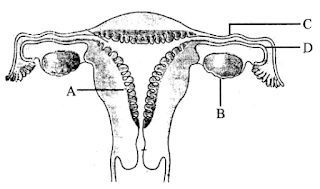 10. Microbes are useful to human beings in diverse ways. If so, name the following.

11. Complete the flow chart given below: 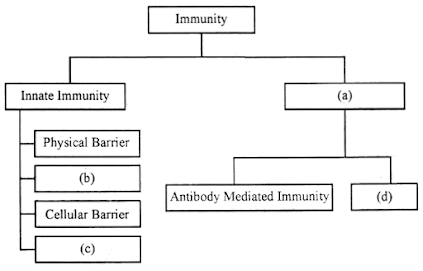 12. A wide range of contraceptive methods are presently available. If so,

14. List of some diseases commonly occurring in man are given below. Arrange them based on causative organism in the table.

15. The amino acid composition of the relevant portion of chain of two haemoglobin molecules (A & B) are shown below.

16. The diagrammatic representation of the DNA fingerprint from a crime scene and that of a suspected persons are given below: 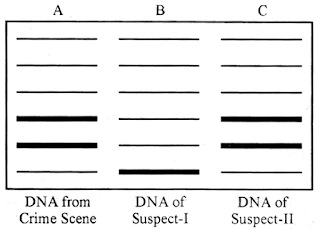 a. What is your conclusion about the suspects based on DNA Fingerprint given?
b. What is VNTR?
c. Who developed this technique first?

17. (a) Expand STDs.
(b) Cite any two examples for STD.
(c) Suggest any two methods for the prevention of STDs.

18. The diagrammatic representation of a process in bacteria is given below: 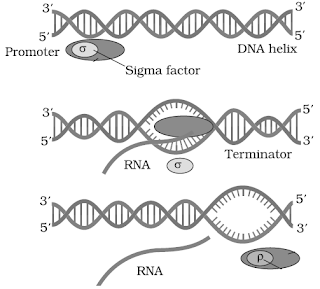