It is the division of diploid germ cells that reduces the chromosome number by half forming haploid daughter cells (gametes).
It occurs during gametogenesis.
It leads to the haploid phase in the life cycle of sexually reproducing organisms.
Fertilisation restores diploid phase. 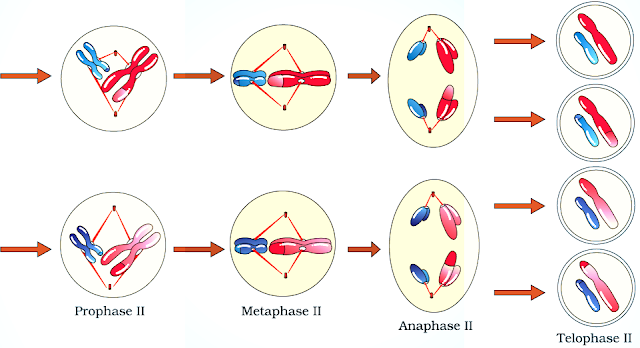 Meiosis I
Prophase I:

It is typically longer and more complex.

Crossing over: The exchange of genetic material between non-sister chromatids of two homologous chromosomes in presence of an enzyme, recombinase.

d. Diplotene (Diplonema):
e. Diakinesis:
Metaphase I:
Anaphase I:
Telophase I:
Meiosis II
It resembles the mitosis. It has the following phases: