According to World Health Organisation (WHO), Reproductive health is a total well-being in all aspects of reproduction i.e., physical, emotional, behavioural & social.

Such programmes deal the following:

Aims and needs of sex education in schools

In India, population was nearly 350 million at the time of independence. It reached 1 billion by 2000 and crossed 1.2 billion in May 2011. It means every sixth person in the world is an Indian.

According to the 2011 census report, our population growth rate was less than 2% (i.e. 20/1000/year), a rate at which our population could increase rapidly.

1. Natural/Traditional methods
Avoid chances of ovum and sperms meeting. It includes
Natural methods has no side effect. But chances of failure are high.

Condoms for male: Cover the penis.

Condoms are used just before coitus. They prevent the entry of semen into female reproductive tract.

Condoms are very popular because:
Diaphragms, cervical caps and vaults:

Made of rubber and are inserted into the female reproductive tract to cover the cervix during coitus.

They block the entry of sperms through the cervix.

Spermicidal creams, jellies & foams are used along with these barriers to increase contraceptive efficiency.

3. Intra Uterine Devices (IUDs)
These are inserted by doctors or nurses in the uterus through vagina. They increase phagocytosis of sperms.

IUDs are ideal method to delay pregnancy or space children. 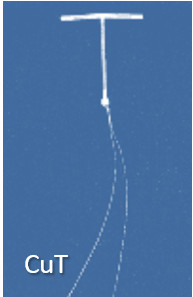 4. Oral contraceptives
Oral administration of progestogens or progestogen–oestrogen combinations in the form of tablets (pills).

Pills are taken daily for 21 days starting within the first five days of menstrual cycle. After a gap of 7 days (menstruation period), it should be repeated in the same pattern till the female desires to prevent conception.

They inhibit ovulation and implantation and thicken cervical mucus to prevent entry of sperms.

Pills are very effective with lesser side effects.

Saheli: New oral contraceptive for the females. It is developed by Central Drug Research Institute (CDRI) in Lucknow. It contains a non-steroidal preparation. It is a ‘once a week’ pill with very few side effects and high contraceptive value.

5. Injectables & Implants
Progestogens or Progestogens-oestrogen combination are used by females as injections or implants under skin.

Their mode of action is like that of pills and their effective periods are much longer. 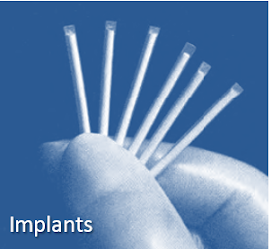 Progestogens or progestogen-oestrogen combinations & IUDs are used as emergency contraceptives within 72 hours of coitus. It avoids pregnancy due to rape or casual intercourse.

6. Surgical methods (sterilization)
It helps to block gamete transport and thereby prevents conception. It is very effective but reversibility is very poor.

Vasectomy: Sterilization procedure in males. In this, a small part of the vas deferens is removed or tied up through a small incision on the scrotum.

Tubectomy: Sterilization procedure in females. In this, a small part of the fallopian tube is removed or tied up through a small incision in the abdomen or through vagina.

Side effects of anti-natural contraceptives: