Lipid is not strictly a macromolecule as its molecular weight does not exceed 800 Da. But it comes under acid insoluble fraction because many lipids are arranged into structures like cell membranes. When a tissue is grinded, cell membranes are broken and form water insoluble vesicles. They cannot be filtered along acid soluble fraction. 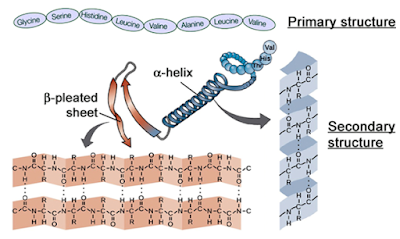 These are polymers of sugars (monosaccharides). E.g.
There are complex polysaccharides formed of amino-sugars (e.g. glucosamine, N-acetyl galactosamine etc.).
Chitin is the homopolymer of N-acetyl glucosamine. It is seen in exoskeleton of arthropods and fungal cell wall.

Glycosidic bond in polysaccharides: It is the bond formed when individual monosaccharides are linked between 2 carbon atoms by dehydration.

Starch forms helical secondary structure. It can hold iodine molecules in the helical portion giving blue colour.
Cellulose has no complex helices and so cannot hold iodine.
Diagrammatic representation of a portion of glycogen 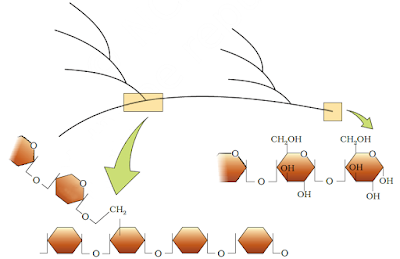 Nucleic acids are heteropolymer of nucleotides. i.e., many nucleotides are linked to form polynucleotide. 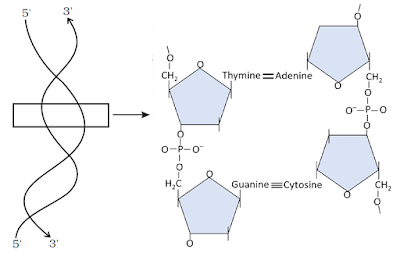