An organism that has the ability to concentrate its urine is:

(c)    Give an example of commensalism.

(b) Mutualism is the interaction that confers benefits for both interacting species.

Mortality: No. of deaths in the population during a given period. 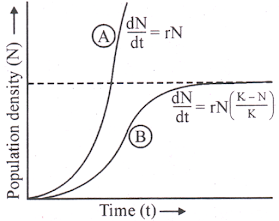 3.   Given below are examples for some ecological/population interactions. Place them under suitable columns provided below. (3)

a.  Abingdon tortoise and goat.

b.  Cuscuta and host tree.

d.  Algae and fungi in Lichens

Natality: It is the number of births in a population during a given period.

Mortality: It is the number of deaths in a population during a given period.

Natality is indicated by the letter B.

Mortality is indicated by the letter D.

2.   Name the interaction between sea anemone and clown fish. Justify your answer with suitable explanation. (2)

Name of the interaction: Commensalism.

Clown fish protection from predators because predators stay away from the stinging tentacles of sea anemone. But sea anemone does not get any benefit from clown fish. 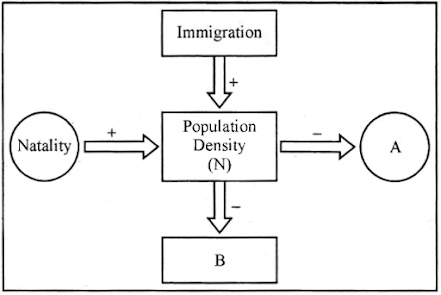 a.   Name the processes represented as A and B.

1.   A population has certain attributes that an individual organism does not. What are they? (2)

2.   Parasites evolved special adaptations to live on host. What are they? (2)

1.   Under unfavourable conditions many zooplanktons species in lakes and Ponds are known to enter a stage of suspended development. Name that stage. (1) 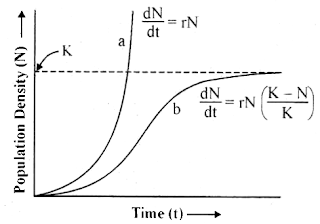 a.  Name the growth curves.