ENVIRONMENTAL ISSUES:
CHAPTER AT A GLANCE

AIR POLLUTION AND ITS CONTROL

Problem of CNG: Difficult to lay down CNG pipelines through distribution points/pumps.

Catalytic converter: A device to reduce emission of poisonous gases. It has platinum-palladium & rhodium as catalysts. 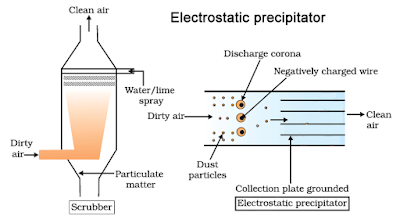 WATER POLLUTION AND ITS CONTROL 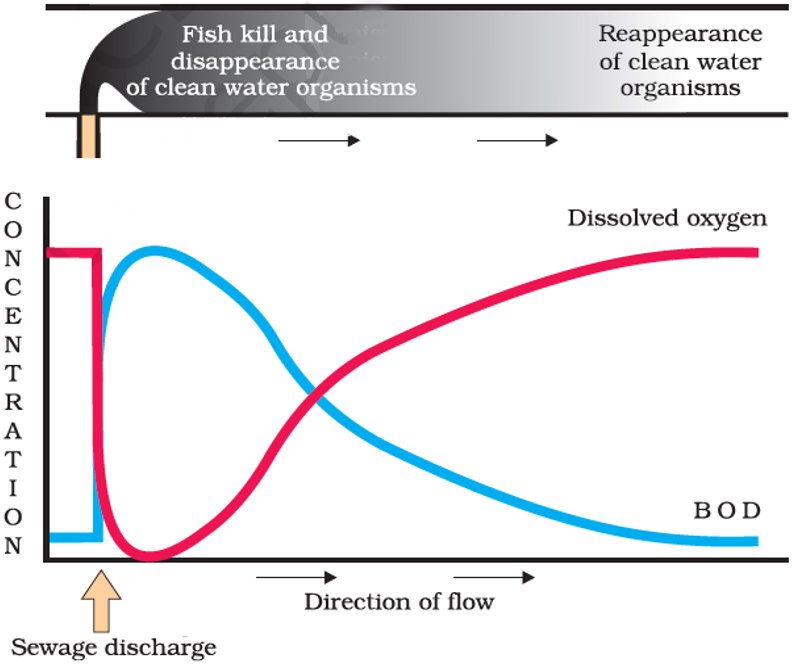 Effect of sewage discharge on some characteristics of a river

Algal bloom: Excess growth of planktonic algae due to more nutrients in water. It deteriorates the water quality causing death of fishes.

Accumulation of the toxicant (mercury, DDT etc.) at successive trophic levels of a food chain.

Biomagnification of DDT in an aquatic food chain:

Natural aging of a lake by nutrient enrichment.

Pollutants like effluents from industries and homes accelerate eutrophication. It is called Cultural or Accelerated Eutrophication.

Friends of the Arcata Marsh (FOAM): A citizens group in Arcata for Integrated Waste Water Treatment.

Human excreta can be recycled into natural fertilizer.

There are ‘EcoSan’ toilets in Kerala & Sri Lanka.

WASTES AND THEIR EFFECTS

E-wastes (electronic wastes): They are buried in landfills or incinerated. Recycling is the only eco-friendly solution to treat e-wastes.

Polyblend: It is a fine powder of recycled modified plastic. It is mixed with the bitumen and is used to lay roads.

AGRO-CHEMICALS AND THEIR EFFECTS

Inorganic fertilisers, pesticides, herbicides, fungicides, etc. are toxic to non-target organisms. These are biomagnified in the terrestrial ecosystems.

Integrated Organic Farming: A cyclical, zero-waste procedure, where waste products from one process are cycled in as nutrients for other processes.

Greenhouse effect is a natural phenomenon that causes heating of Earth’s surface and atmosphere.

Earth’s surface is heated due to solar radiation. Heat is re-emitted as infrared radiation. But a part of it is absorbed by atmospheric gases (CO2, CH4, CFCs, N2O etc.). These gases (greenhouse gases) radiate heat energy to Earth’s surface, heating it up again. It causes greenhouse effect.

Overheating of Earth due to increased level of greenhouse Gases is called global warming.

OZONE DEPLETION IN THE STRATOSPHERE

‘Bad’ ozone is formed in troposphere.

‘Good’ ozone is found in the stratosphere. It acts as a shield absorbing ultraviolet radiation from the sun.

Thickness of the ozone (O3) layer is measured in Dobson units (DU).

Ozone is depleted by chlorofluorocarbons (CFCs- used as refrigerant). It has formed Ozone hole over Antarctica.

The Montreal Protocol: An international treaty to control emission of ozone depleting substances.

Irrigation without proper drainage of water leads to water logging in the soil.

It draws salt to the surface of the soil. The salt is deposited on the land surface or collects at the plant roots.

Conversion of forested areas to non-forested ones.

Reforestation: The process of restoring a forest.

People’s Participation in Conservation of Forests

Government of India introduced Joint Forest Management (JFM) to work closely with the local communities to protect and manage forests.