BIOTECHNOLOGY- PRINCIPLES & PROCESSES:
CHAPTER AT A GLANCE
Biotechnology: The technique of using live organisms or their enzymes for products & processes useful to humans.

European Federation of Biotechnology (EFB) defines Biotechnology as the integration of natural science and organisms, cells, parts thereof, and molecular analogues for products and services. 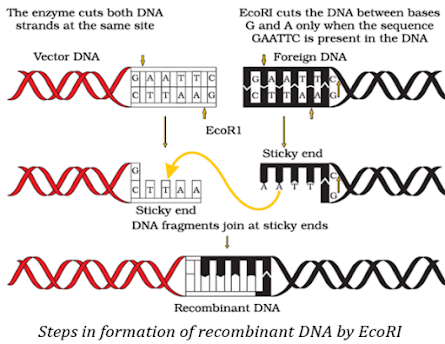 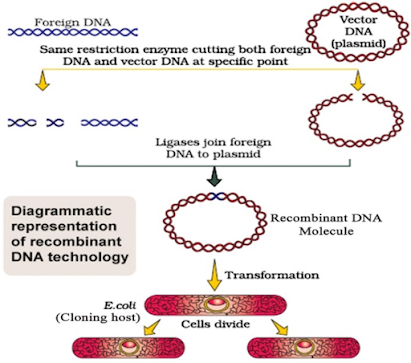 It is a DNA molecule that can carry a foreign DNA segment and replicate inside host cells. E.g. Plasmids, bacteriophages.

Features required for cloning into a vector:

a. Origin of replication (ori): The sequence where replication starts. Alien piece of DNA linked to ori can replicate within the host cells. It also controls copy number of linked DNA. 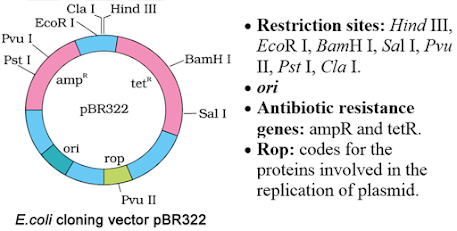 When a foreign DNA is inserted within a gene of bacteria, that gene is inactivated. It is called insertional inactivation. Here, the recombinant plasmids lose tetracycline resistance due to insertion of foreign DNA.

Method 2: Recombinant DNA is inserted within the coding sequence (gene) of b-galactosidase enzyme. So, the gene is inactivated. Such colonies do not produce colour in presence of chromogenic substrate. These are recombinant colonies. If the plasmid has no insert, it gives blue colour.

Since DNA is a hydrophilic molecule, it cannot pass through cell membranes. So bacterial cells are made ‘competent’ to take up alien DNA or plasmid.
It is done as follows:

Other methods to introduce alien DNA into host:

1. Isolation of the Genetic Material (DNA):

2. Cutting of DNA at Specific Locations:

DNA bands can be seen in bright orange colour when they are stained with ethidium bromide and exposed to UV radiation.

DNA bands are cut out from agarose gel (elution).

PCR: Synthesis of multiple copies of the gene of interest. 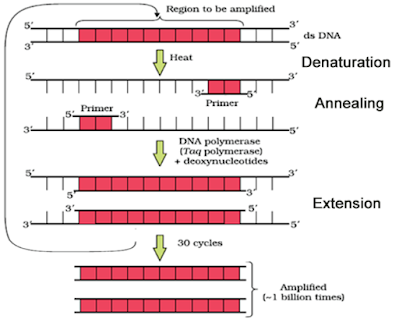 The ligated DNA is introduced into host cells.

If a recombinant DNA having ampicillin resistant gene is transferred into E. coli cells, the host cells become ampicillin-resistant cells.

If the transformed cells are spread on agar plates containing ampicillin, only transformants will grow. Untransformed recipient cells will die.

Host cells with foreign genes can be used to extract the desired recombinant protein and purify it.

Large quantity of products can be produced using Bioreactors (the vessels in which raw materials are converted to specific products, enzymes etc., using microbial plant, animal or human cells.

Most commonly used bioreactors are of stirring type (stirred-tank reactor). 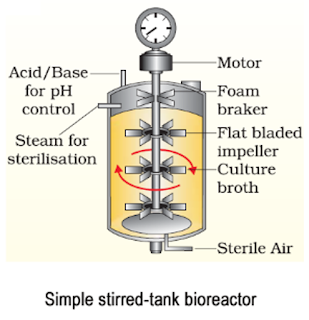 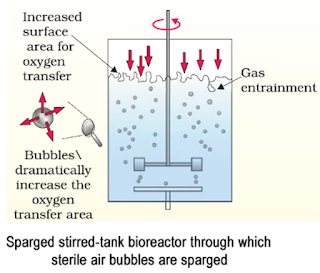 - A series of processes such as separation and purification of products after the biosynthetic stage.