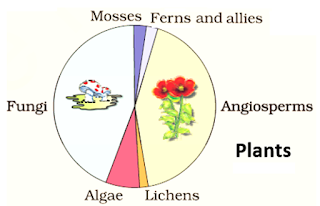 Biologists are not sure about No. of prokaryotic species because
PATTERNS OF BIODIVERSITY

Species diversity decreases from the equator to the poles.

Study of Alexander von Humboldt: Within a region, species richness increases with increasing explored area, but only up to a limit. 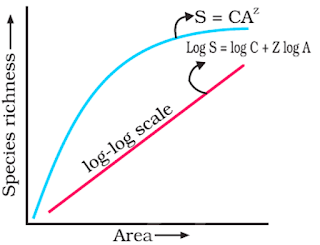 IMPORTANCE OF SPECIES DIVERSITY
Rivet popper hypothesis: Proposed by Paul Ehrlich. In an airplane (ecosystem), if passengers pop a rivet (extinction of a species), it may not affect flight safety (functioning of ecosystem). But as more rivets are removed, plane becomes dangerously weak.

BIODIVERSITY CONSERVATION
There are 3 categories of reasons for conservation.
Types of Biodiversity conservation: