2010 March
1. The following are some of the important events in mitotic cell division. Mention the stages of mitosis during which these events happen.

3. Mention the importance of crossing over. (1)

1. A diagram of Prophase I stage of meiosis is given below. Draw similar diagrams to illustrate the following stages: (3) 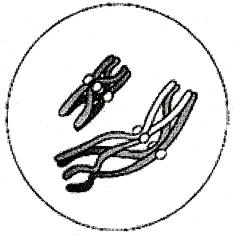 1. Mitosis is divided into four stages: Prophase is the first stage of mitosis and ……. Is the second stage. (1)

1. Prophase I of meiosis I is subdivided into five phases. The sub phases and the chromosome behavior of the prophase I are listed below. Arrange them in proper order. (2½)

2012 March
1. Observe the given diagram of cell division. 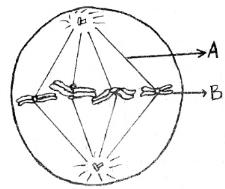 c. Mention any one peculiarity of the pachytene stage of meiosis. (1)

1. Observe the diagram given below representing a stage of mitosis. (3) 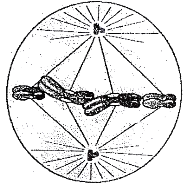 a. Identify the stage

b. Distinguish it from corresponding stage of meiosis I

c. Mention the role of spindle fibres in mitosis.

1. A diagrammatic view of a cell cycle is given below. 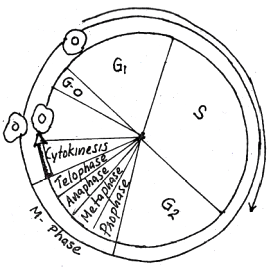 a. Identify the phase in which:

i. DNA synthesis takes place.
ii. Chromosomes are arranged at the equator of the spindle. (1)

b. Mention two significant points of mitosis in the life of an organism. (2) 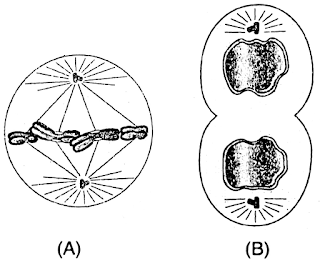 b. What are the main events occurring in these two stages?

1. Prophase of the first meiotic division is typically longer and complex. It has been further subdivided into five phases. The major events of these sub-stages are given below.

1. The diagram shows below represents a stage in mitosis. 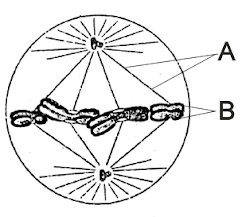 1. Observe the diagrammatic view of a cell cycle and answer the questions: 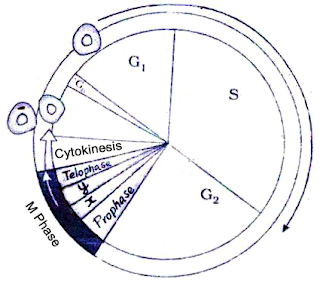 a) Identify the phase in which DNA synthesis takes place. (1)
b) Mention any one event that takes place in the stages marked as 'x' and 'y'. (2) 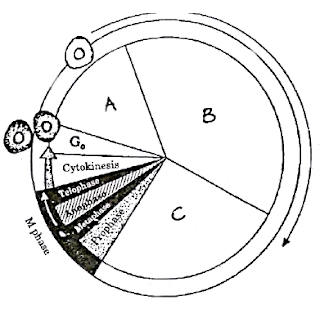 Identify and describe A, B and C in the diagram. (Hint: Description of one point each from A, B and C). (3)

OR
Write five sub-stages in prophase-I of meiosis. Point out in which sub-stage crossing over occurs.

MARCH 2016
1. a) identify the substages of meiosis in which crossing over is occurring.

b) Summarize the significance of meiosis in sexually reproducing organisms. (3)

MARCH 2017
1. Given below is the metaphase of mitosis. Analyze the diagram and draw a sketch of anaphase. Write any two events of anaphase. (3) 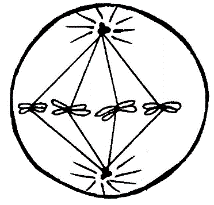 1. First phase of meiosis I is typically longer and complex one. Name it. Mention the five subdivisions of this Phase.

2. Certain stages in cell cycle are given below.

Karyokinesis, prophase, cytokinesis, metaphase, anaphase, telophase.
Choose the statements (from those given below) that match with these stages and prepare a table.