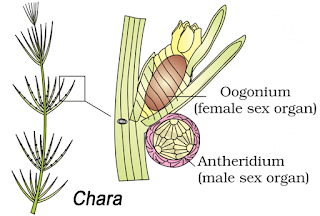 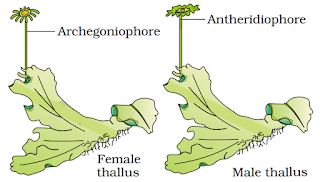 b. Gamete Transfer
2. Fertilisation (syngamy)
Types of fertilization:
a. External fertilisation: Syngamy occurs in the external medium (water), i.e. zygote is formed outside the body. E.g. most aquatic organisms (many algae, bony fishes etc.) and amphibians.

Such organisms show synchrony between the sexes and release large number of gametes into the surrounding medium to ensure syngamy.
Disadvantage: The offspring are extremely vulnerable to predators threatening their survival up to adulthood.

b. Internal fertilisation: Syngamy occurs inside the body of the organism. E.g. terrestrial organisms, belonging to fungi, animals (reptiles, birds, mammals) & plants (bryophytes, pteridophytes, gymnosperms & angiosperms).
In this, non-motile egg is formed inside the female body to where motile male gamete reaches and fuses.
In seed plants, the non-motile male gametes are carried to female gamete by pollen tubes.
There is large number of sperms produced but the number of eggs is very low.

3. Post-fertilisation Events
These are the events after the formation of zygote.
Zygote
Embryogenesis
a.  Oviparous: Here, animals lay fertilized/unfertilized eggs.
E.g. Reptiles & birds lay fertilized eggs covered by a hard calcareous shell. After incubation, young ones hatch out.
b. Viviparous: Here, zygote develops into a young one inside the female body. Later, the young ones are delivered out of the body. E.g. most of mammals.
It shows proper care and protection. So the chances of survival of young ones are greater.