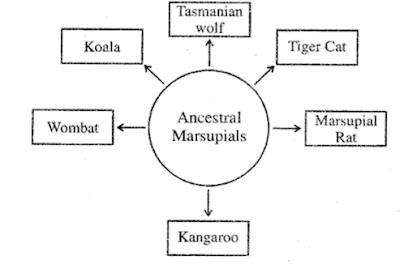 a.   Explain the phenomenon shown in the figure.
b.   How can it be considered as an evidence of evolution?
c.  Write any other example for this phenomenon. Explain.