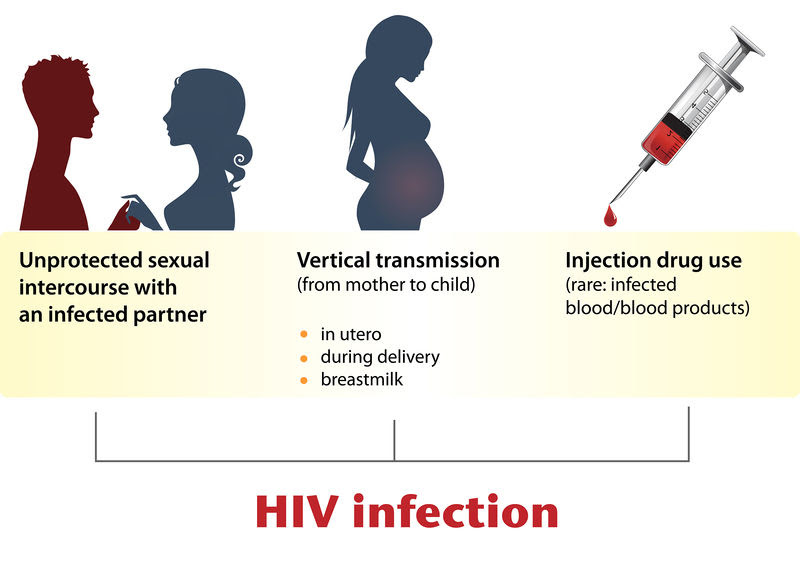 High risk of getting this infection includes

HIV does not spread by mere touch or physical contact; it spreads only through body fluids.
There is a time-lag (from a few months to many years i.e. 5-10) between the infection and appearance of symptoms.


HIV infected person may be infected with Mycobacterium, viruses, fungi and even parasites like Toxoplasma.

Anti-viral drugs partially effective. They can only prolong the life of the patient.

o Use of disposable needles and syringes.