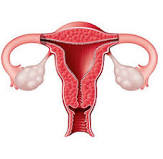 Ø  In a fetus, fingerprints are acquired at the age of 3 months (first trimester).
Ø  A foreskin (prepuce) from circumcised babies takes only 3 weeks to grow skin that can cover 3 basketball courts!!  It can be used in treating burn patients.
Ø  Human testes can produce 10 million sperm cells daily. This is enough to repopulate the entire earth in only 6 months!!
Ø  A pregnant woman's dental health influences the health of foetus.
Ø  About 120 million sexual intercourses take place daily in the world.
Ø  A healthy man releases about 1-2 teaspoons of semen per ejaculation. Average number of times a man will ejaculate in his lifetime is 7,200. Average number of times a man will ejaculate from masturbation: 2,000. Average total amount of lifetime ejaculate: 45 litres. 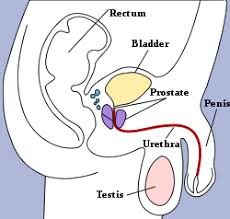 Ø  Do you think that the perfectly straight penis is normal? You are wrong!  All penises bend slightly to the left or right.
Ø  A healthy man needs at least 2 minutes to regain the erection of the penis.
Ø  Most men have erections every hour to hour and a half during sleep. Average number of penile erections during the night: 9 Average number of penile erections per day : 11
Ø  Average Depth of a Vagina is 3 - 6 inches. Smallest Vagina is of depth 2 or 3 centimeters.  Surgery is required for its correction.
Ø  Average length of penis when not erect: 3 to 3.5 inches.
Ø  Average length when erect: 5.2 to 6.4 inches.
Ø  Average speed of ejaculation: 45 km per hour
Ø  Do you want to improve your sexual function? If yes, follow the following:
o   Give up bad habits like smoking, alcohol consumption and drug abuse.
o   Do regular exercise.
o   Reduce your body weight.
Ø  During pregnancy, uterus will expand up to 500 times its normal size.
Ø  Every human spent about half an hour as a single cell (zygote)!! The zygote is formed by the fusion of sperm (male sex cell from father) and egg (female sex cell from mother). The zygote then divides and forms embryo.
Ø  Largest human cell the female egg (ovum). Smallest human cell is the male sperm (spermatozoa).
Ø  Largest penis in the animal kingdom is for blue whale (about 4 metre).
Ø  The Longest human penis is found to be 13 inches. The Smallest penis is 5/8 of an inch.
Ø  Largest Vagina in the animal kingdom is for the female blue whale (about 3 metre length).
Ø  Most arousing time of day/season for a man: early morning/fall
Ø  Smell of Lavender, licorice, chocolate, doughnuts and pumpkin can increase blood flow to the penis!!
Ø  Pregnant women dream most of during their first trimester are frogs, worms and potted plants. This may be due to the Pregnancy hormones. They cause mood swings and many other unexpected changes. Many women also dream of water, giving birth (child delivery) etc.
Ø  Some people drink the urine of pregnant women to build up their immune system!!
Ø  Erotic sensations travel at the speed of 235 km per hour from skin to brain.
Ø  Human sperm life (from development to ejaculation) is about 2 ½ months. After ejaculation, its lifetime will be only 1 to 3 days.
Ø  The female ovaries contain about 5 lakh egg cells. But only about 400 egg cells will ever get the opportunity to create a new life.
Ø  The first known contraceptive was crocodile dung, used by Egyptians in 2000 B.C.
Ø  There are approximately 5 calories in a teaspoon of semen.